ICYMI: We’d like to present a recap of some of the community policing initiatives from the Speedway Police Department during 2016 in this 4-part series.

Our website and social media accounts started as “Speedway Neighborhood Watch,” which is just one of Speedway PD’s community policing programs. But we share so many things relating to the department’s other community policing programs (Speedway Police Citizens Academy, Volunteers in Policing, Student Academy, D.A.R.E.) that we wanted our website and social media Facebook and Twitter accounts to reflect all of those great programs! (Note: the main Speedway Police Department Facebook and Twitter accounts have not changed; we share common posts between accounts, but the Speedway PD accounts offer a wide variety of additional useful information this page doesn’t typically cover, including traffic, street closures, race information, etc.).

Coppertree Apartments held a “Back to School” event for its residents and children on Sunday, July 31st. The Speedway Police and Fire Departments, along with members of the Speedway Volunteers in Policing program, were in attendance – great food, music and fun…a good time was had by all! 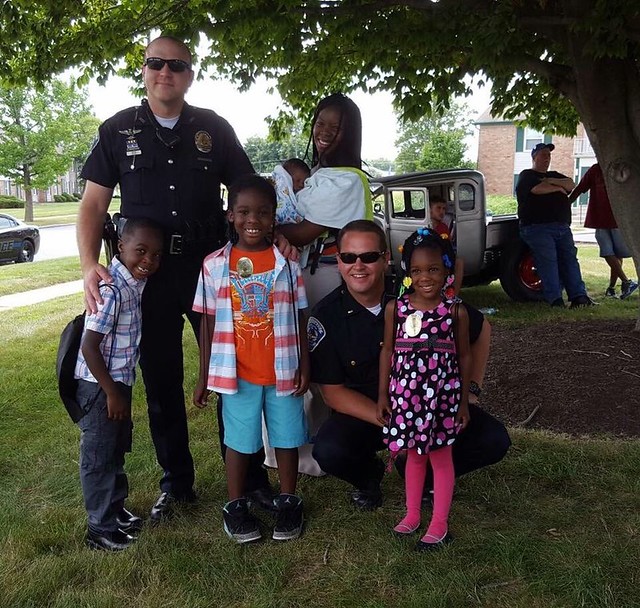 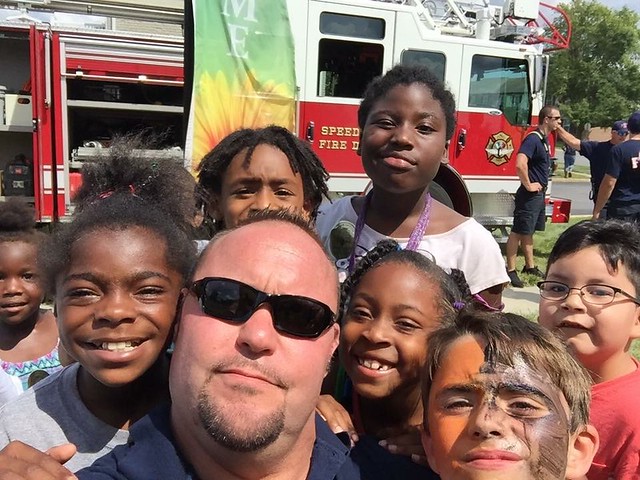 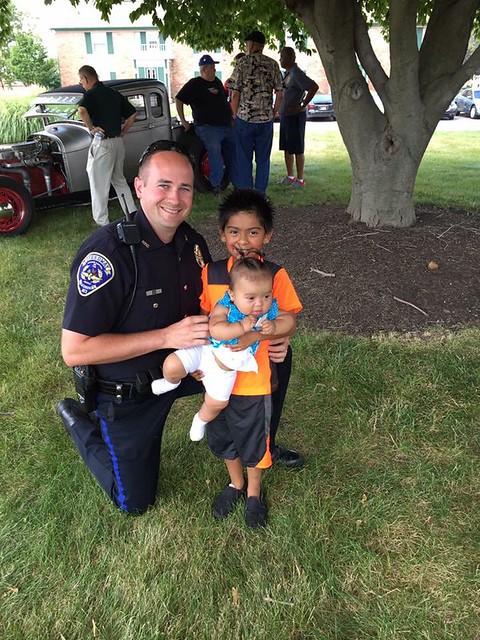 In Dallas, Texas in early July, a suspect ambushed and fired upon a group of police officers, killing five and injuring nine others. The Speedway Police Department is very grateful and appreciative to so many individuals and businesses in our community that have shown support and caring to our officers in a variety of ways. Dave and Marcia of Main Street’s Barbecue and Bourbon provided meals for shifts. Several food items came in for a couple of weeks to support our officers. Gillespie Florists provided a beautiful flower arrangement. 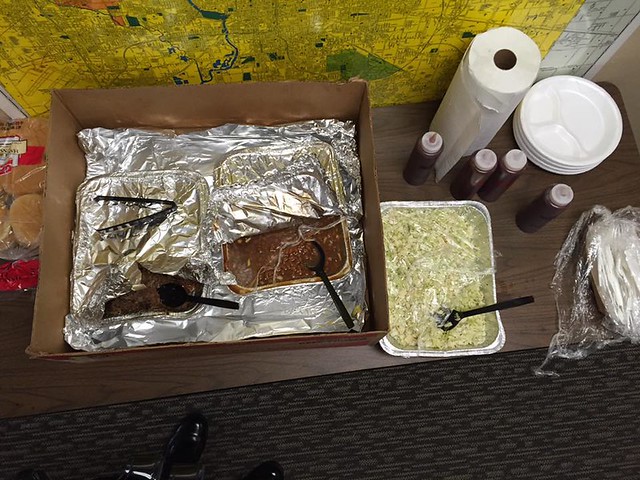 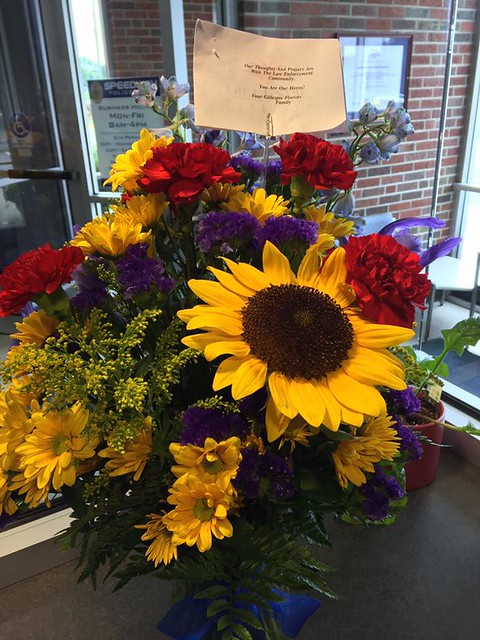 The Speedway PD Motorcycle team entertains the growing crowd on Main Street for the NASCAR Hauler parade. In addition, VIPs provide assistance to SPD Officers for the event’s traffic and security needs. 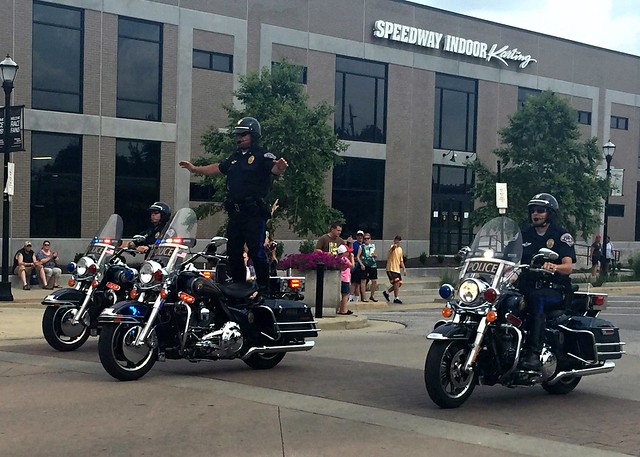 Lt. Trent Theobald was featured in this video from IndyStar: Policing to Bridge Gaps in Speedway. 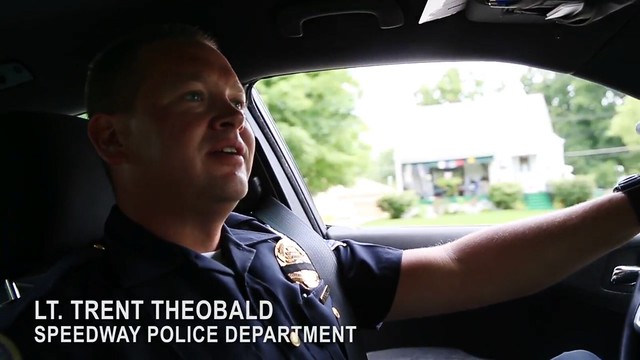 In the video, Lt. Theobald talks about the department’s approach to community policing: “We’ve always encouraged our guys for the positive interaction in our community policing efforts, the importance of getting out of your car, getting to know people by name. Once they know you by name, as well, it makes a big difference. And that’s where you start forming that positive relationship between community and police. It’s important to make sure these kids, now more than ever, see that side of us. Between the basketball games, I’m telling you, it’s a lot of fun but all of a sudden kids sitting there playing basketball see an officer get out of the car, and he’s calling for the ball, they enjoy that. Even if you’re having a bad day, it means something to somebody.” 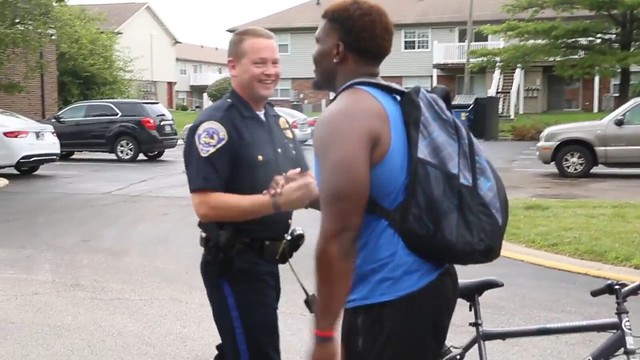 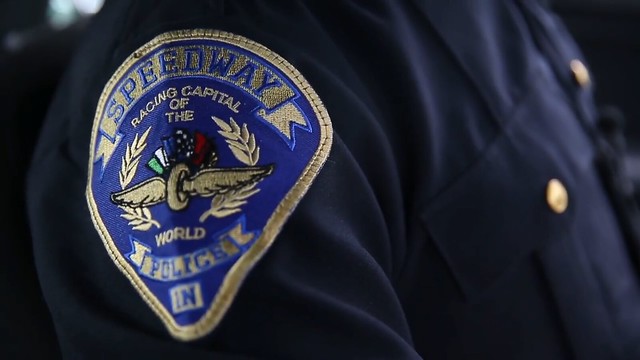 Congratulations to Sgt. Mark Morgan. This month he has been with the Speedway Police Department for 35 years – many thanks for your service! 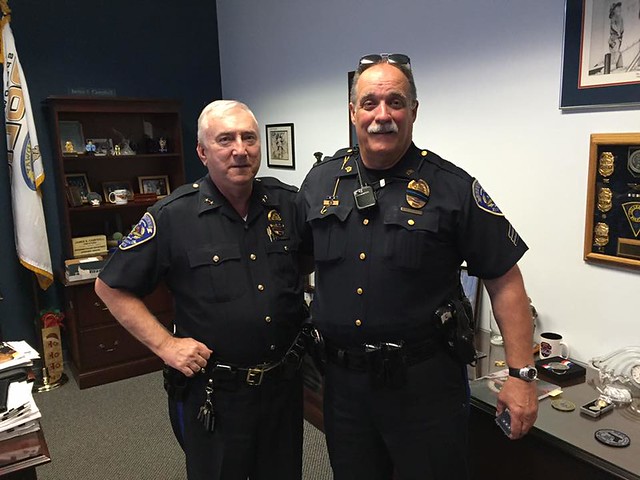 Speedway PD Officer Alex Redding takes some time on a nice summer day to have fun and play a little football with some young residents of Coppertree Apartments before school starts next week (already?)! 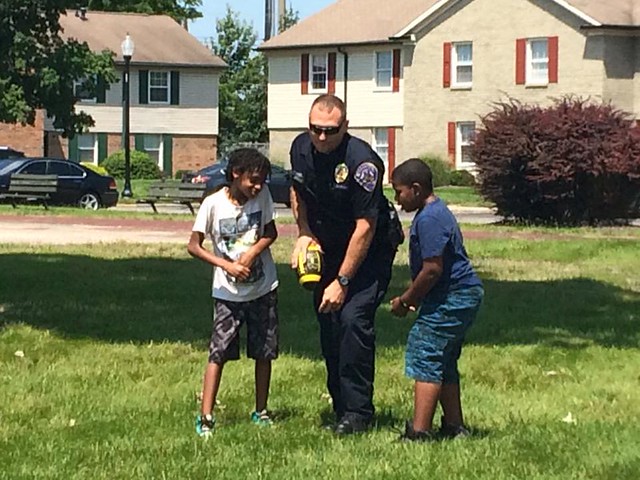 Officer Redding was also featured in a video and article in the Indianapolis Star For Central Indiana cops, grappling with new realities of attacks. In the video interview Officer Redding explains the support he feels from the community: “I feel a lot of support every day….I had a guy the other night, he had his two sons with him and he wanted to know if I would let him take a picture with his boys. There’s been a lot of people coming up and wanting to say thank you…and I appreciate that. I love my job, I enjoy going to work every single day. Yeah, I wouldn’t trade it for the world.” 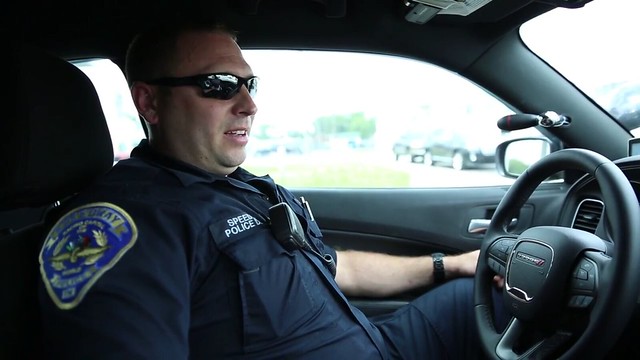 In continuing to offer moral support and community partnership, Allison Transmission recognizes SPD with a cake to show their appreciation and thanks. 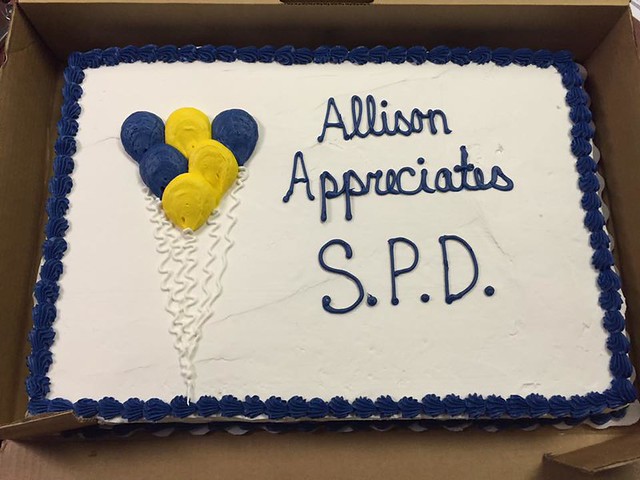 Tier 2 members of the Volunteers in Policing program have started park monitoring/patrol at Meadowood and Leonard Parks, at other times subject to volunteer availability. Earlier in the summer, they started working at the concert series, but they will also be present in the parks on various afternoons, evenings, and weekends.

If you shop at Kroger and would like to help support the Speedway PD Citizens Academy Alumni Association, please consider registering for Kroger’s Community Rewards. After registering, all you have to do is swipe your Kroger card when you shop and the SPCAAA will get a portion as a donation! See this link for details, thank you!

The 7th Speedway Police Citizens Academy Class started in late August. Citizens Academy classes are a great way for residents to get to know the police officers that serve the community, learn more about what they do and why, and build positive relationships!

The 12 week course features a variety of exciting lectures and hands on classes taught primarily by Speedway Police Officers, as well as some other public safety partners. Graduates choosing to get involved and volunteer with the department can join the Speedway Police Citizens Academy Alumni Association and when offered, continue to the Volunteers in Policing program.

SPD day shift thanked District 2 neighbors for helping look for a young autistic boy that walked away from his home today. We are proud to serve a community that stops whatever they’re doing to help a neighbor in need. He made it safely home thanks to caring neighbors.

The department started training a second group of Citizens Academy Alumni as part of the VIP Tier 2 program. Upon graduation, they will join the other Tier 2 graduates and assist the department with traffic direction and control at various events in town, as well as park monitoring and patrol.

Below, Tier 2 VIPs receive First Aid and CPR training from the Speedway Fire Department as part of their training. 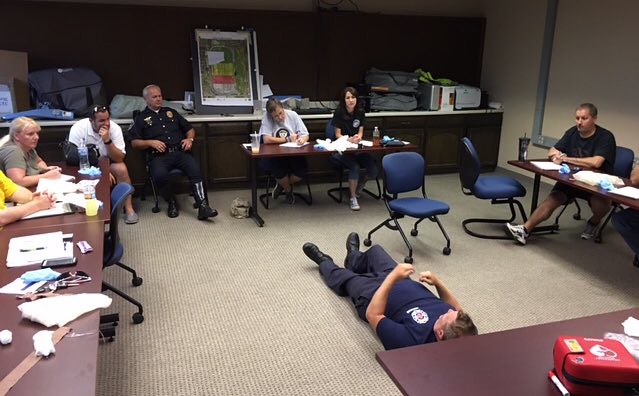 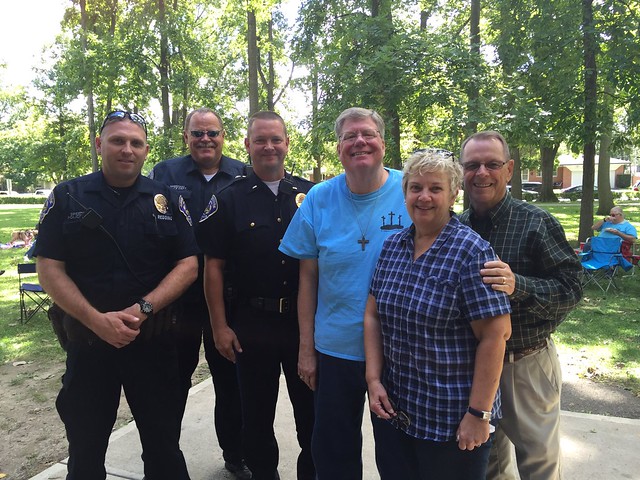 Join us next week for Part 4 of our Speedway Community-Police Partnerships: 2016 Year in Review.