*This information is being released in coordination with the Speedway Police Department.

Indianapolis – Shortly after 1 p.m. today officers from the Speedway Police Department received information of a possible wanted subject, 57 year old Douglas Gaultney of Knox County Indiana, in a white van in the area of 18th and MacArthur Lane, in Speedway. Officers were able to locate and make contact with Gaultney, who was the sole occupant of the van. Gaultney immediately brandished a shotgun causing the officers to move to a safe position and call for additional help. Gaultney was making statements that led police to believe he did not have intentions of exiting the vehicle.

Shortly before 7 p.m. members of the Indiana State Police SWAT team and the Speedway Police SWAT team attempted less lethal tactics of tear gas and use of an armored state police vehicle to encourage Gaultney to peacefully surrender.  However, Gaultney chose to get out of the van armed with a shotgun that he pointed at officers.  This action resulted in several police officers shooting Gaultney who then fell to the ground. Life saving measures were immediately initiated by police officers until medics, who were staged nearby, were able to provide direct first-aid to Gaultney. Gaultney was then transported to Eskenazi Hospital in critical condition and at the writing of this release was in surgery.

No police officers or other citizens were injured during this police action shooting. Crime Scene Investigators are currently on the scene collecting and preserving evidence, as well as investigators from the Indiana State Police and Speedway Police Department.

Douglas Gaultney was wanted out of Knox County on violation of probation for possession of marijuana.

This is an ongoing investigation and there is no further information available at this time.

Neighbors say Gaultney had been living in van at this location for several days. More updates on @WISH_TV 10 & 11 pic.twitter.com/yNHEsWiLYu

Thank you to everyone who attended the Speedway Police Department’s Neighborhood Watch meeting, held on Thursday, March 3, 2016. It was an excellent turnout, and we appreciate everyone for attending. 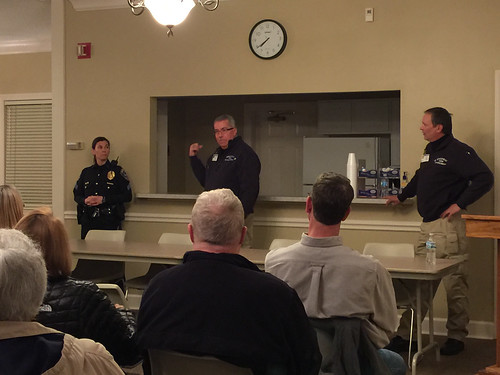 Officer Kramer explained to the residents of several concepts and duties of the Code Enforcement Division.  Kramer advised the group that there was a team concept which involved all the different agencies within the town such as the police & fire department, street department, sanitation and water department.  Kramer explained since the arrival of the new Town Manager Ian Nicolini there are monthly staff meetings and reviews involving all the department heads and discussions on current town projects, new ideas and development to help serve and keep the town a safe and clean community.

Kramer discussed other towns and cities are mentoring what our Code Enforcement Division is doing and accomplishing.  Along with that, Officer Kramer and Merritt were asked to speak at this year’s Indiana Associations of Cities and Towns which is being hosted in downtown Indianapolis.  Officer Kramer spoke of the top complaints in the town as far as code enforcement and those were overgrown grass, not to exceed 6 inches, debris, trees, abandoned vehicles, animal complaints, right of way issues, and parking.  The parking complaints were of those people parking their vehicles in their yards and those who park the wrong way facing oncoming traffic.  These are not permissible and are subject to a $50.00 for each separate offense.  Officer Kramer also stated the town’s ordinances were under review with two titles complete and approved by the Town Council.  Kramer advised the Town Council has been very forthcoming of revising and updating our ordinances to improve our town’s quality of life. 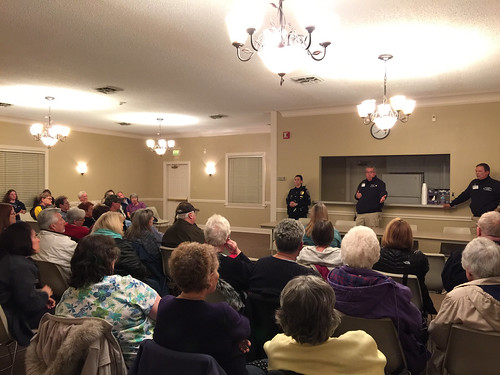 Officer John Merritt is the Town’s Building Commissioner and also is a code enforcement officer.  Mr. Merritt spoke of what type of building permits are required by the town.  Mr. Merritt explained that if you were conducting a renovation, building a deck, barn, home or garage addition or new construction, a permit would be required.  Mr. Merritt encouraged when in doubt call him and if your project requires or doesn’t require a permit he would let you know.  Mr. Merritt advised how Speedway is unique in that when you purchase a permit you get service with an inspection for each permit issued.  Each inspection assures that you as the homeowner are getting the quality of work you paid for by your contractor.  Mr. Merritt also advised that there are three other members of his team.  These members are Kevin Schrader, who inspects the electrical permits and Jim Fink, who inspects the plumbing. Brent Schneider, a new resident of our town, and a 20 year building official backs up all members of the team when needed.  Mr. Merritt expressed how the division picks up signs in the right of way of businesses or people selling things and advertising.  This also includes the signs people put on utility poles.  Mr. Merritt confirmed the team concept of not only the town employees but that of the townspeople who reside in our town.  Mr. Merritt stated our division is here to work with all our residents and businesses to build a strong community.  The Code Enforcement officers were thrilled of how many residents attended the meeting.  The officers encouraged the community to call if they have a complaint or questions.

To view the Speedway Municipal Code, click this link. The link can also be found on the Town of Speedway website, on the lower right side under “Quick Links.”

REMINDER: The Speedway Police Department and Speedway Neighborhood Watch have scheduled a general meeting for this Thursday evening, March 3, 2016. Please see flyer below for meeting details.

Join us for a presentation by Speedway Code Enforcement Officers Joe Kramer and John Merritt, followed by an open Q & A session with Speedway PD.

All residents are welcome to attend!

Join us for a presentation by Speedway Code Enforcement Officers Joe Kramer and John Merritt, followed by an open Q & A session with Speedway PD.

All residents are welcome to attend!

Clarification of Incidents Near the Kroger Store

It has been brought to our attention that there have been some concerns regarding recent posts online involving the Kroger Store in Speedway. The incident that was described to our Department was a young female that was carrying her 18 month old child into the Kroger Store. She was approached by a passenger in a vehicle who took her purse off of her shoulder and fled the area. After review of cases reported to the Speedway Police Department, we have found no reports that match the facts cited in the internet posts.

However, there have been two incidents reported to our Department within the past three weeks that have occurred in the immediate vicinity of the Kroger Store. The first of those incidents involved a person who left her purse on the trunk lid of her vehicle at the Kroger Gas Station. She did not realize her purse was gone until she arrived home later that same day. The second incident involved an elderly female who did have her purse taken by someone in the parking lot outside the Kroger Store on Crawfordsville Road. There is no suspect description of the person that took the purse and the only vehicle description we have is a dark colored car. This is an ongoing investigation.

Officers from the Speedway Police Department patrol the Speedway Shopping Center regularly, but we encourage everyone to contact us at (317) 246-4300 if you see something suspicious. If it is an emergency, always remember to call 911. We also would remind anyone that lives or shops in the Town of Speedway to be vigilant in securing items in their vehicles whether they are at home or around town. A person can do this by ensuring that their vehicles are locked and all items of value are either removed from the vehicle or hidden from outside view.

REMINDER: The Speedway Police Department and Speedway Neighborhood Watch will hold a general meeting for January 20th, 2016 at 6:30. Please see flyer below for meeting details. All Speedway residents are encouraged to attend this open forum and discuss community concerns.

The Speedway Police Department and Speedway Neighborhood Watch will be scheduling a general meeting for January 20th, 2016. Please see flyer below for meeting details. All Speedway residents are encouraged to attend this open forum and discuss community concerns.

Monday, September 14, 2015: At approximately 2:30 A.M. today officers responded to the 5600 block of West 29th Place on the report of an unauthorized entry to a garage and vehicle. Upon arrival in the area officers determined that several vehicles had been entered illegally and items were stolen. Included in the items taken were garage door openers which could have given access to homes in the area. While responding to the run officers located two juveniles in the area that were later determined to be the suspects. Both of the individuals were arrested for various offenses and most of the stolen property was recovered. Homeowners are reminded to always keep their vehicles locked when unattended and remove valuables and garage door openers if vehicles are parked on the street or in a driveway.

Update from SPD Regarding Recent Pursuits

National Night Out is an annual community-building campaign that promotes police-community partnerships and neighborhood camaraderie to make our neighborhoods safer, better places to live. Together, we are making that happen.

National Night Out enhances the relationship between neighbors and law enforcement while bringing back a true sense of community and provides a great opportunity to bring police and neighbors together under positive circumstances.