The Speedway Police Department is inviting residents of Speedway to join members of the Department in celebrating National Night Out crime prevention event. The event, which is sponsored by the National Association of Town Watch, brings over 38.1 million people in more than 16,540 communities together to promote the partnership between the police and the community. The event will encourage crime, drug and violence prevention, safety, and neighborhood unity. Citizens across America can send a powerful message about neighborhood unity, awareness, safety, and police-community partnerships. Let criminals know that the Town of Speedway is united and dedicated to building a safer, more caring community. Please join the members of the Speedway Police and Fire Departments for the event to be held on Tuesday, August 6th, 2019, in Leonard Park from 6-8PM.

Join the Speedway Police Department once again for the Spring Shred-IT and Electronics Recycling Fundraiser for Crime Stoppers of Central Indiana. They are a 501(c)3 non-profit that helps law enforcement find wanted felons and solve open felony cases.

Please come out and get rid of that stuff you don’t want any more or don’t want anyone to get their hands on and help Crime Stoppers of Central Indiana!

See flyer below for details.

Better late than never, here is Part 1 of our review of many of the great things happening with the Speedway Police Department in 2018.

The Speedway Police Department conducted a promotional ceremony at the Speedway Town Hall. Those individuals promoted are as follows:

On Monday, February 5th, 2018, the Speedway Police Department hired its newest police officer. Officer Mark Ludwig, 28, was sworn in by Clerk-Treasurer Monty Combs during a ceremony held at the Speedway Town Hall. Prior to working for the Town of Speedway, Officer Ludwig was employed as a Shift Manager with Crew Car Wash. He also attended the Community College of the Air Force where he majored in fire science and is a current member of the Air Force Reserves stationed at Grissom Air Reserve Base. Officer Ludwig and Officer Derek Eisman, who was hired in January 2018, will both attend the Indiana Law Enforcement Academy later this year. Welcome Officer Ludwig to the Speedway Police Department and the Town of Speedway. 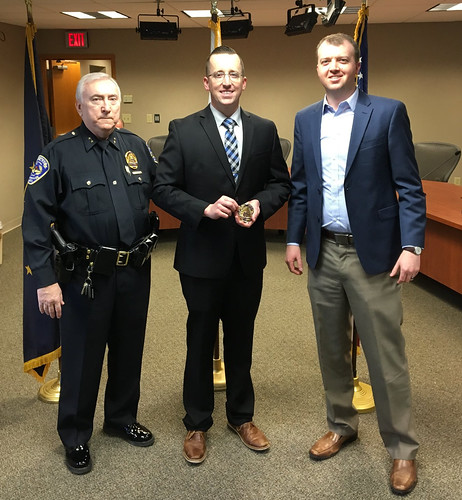 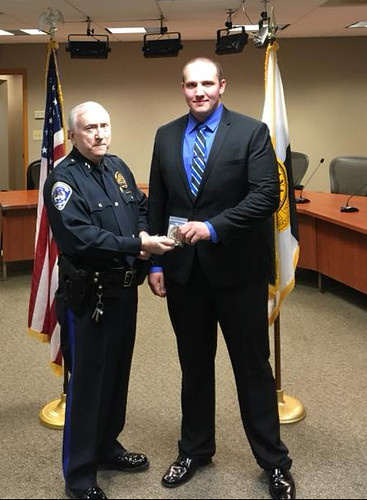 Great having Beacon of Hope back at Speedway PD today. Helpful information being provided to officers that will be useful during domestic violence & assault cases. Thanks again for providing officers with kits that can be used for assisting victims of domestic violence. 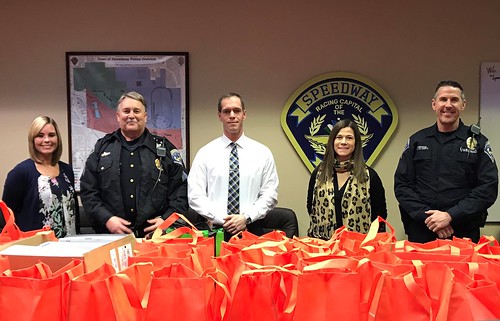 The Speedway Police Department accepts their award for reaccrediation at the CALEA conference in Frisco, Texas. 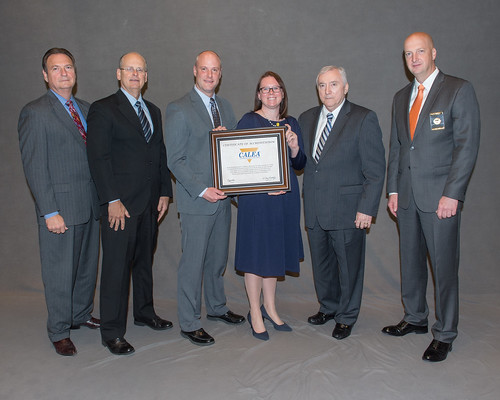 A big thank you goes out to Wilcox Engineering for inviting @SpeedwayPD & @SPEEDWAYFIRE into their offices for a great lunch and conversation. Thanks for everyone involved for putting it together #CommunityPartnerships 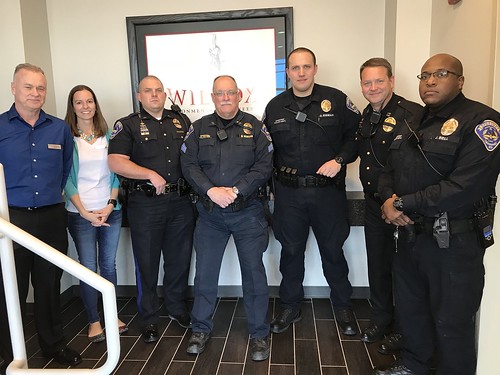 The men and women of @SpeedwayPD would like to express our sincere condolences to the Ochs family for the passing of Jim Ochs. Mr. Ochs served the community for 24 years as a Police Commissioner for the department. Thank you for your dedicated service and may you Rest In Peace 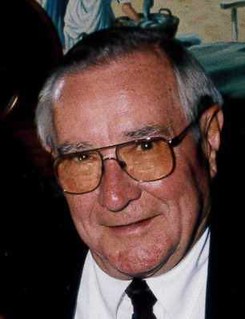 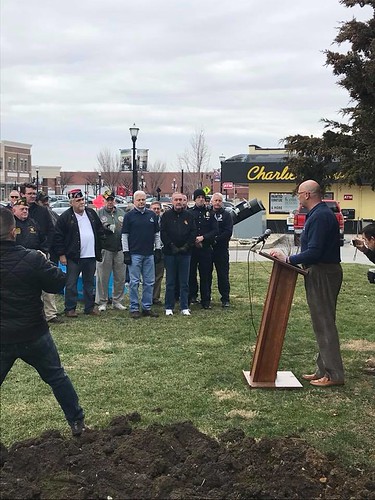 Big news! 311 has been implemented as a non-emergency line in Marion County. It is only available for cell phones, but is much easier to remember than 317-246-4300. 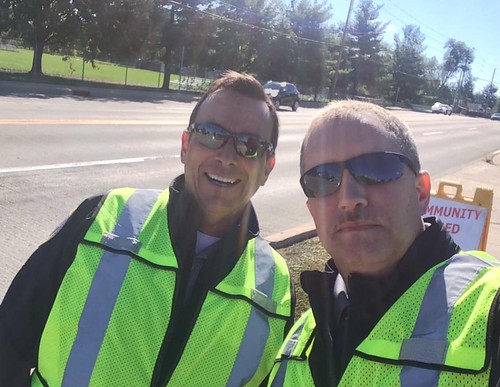 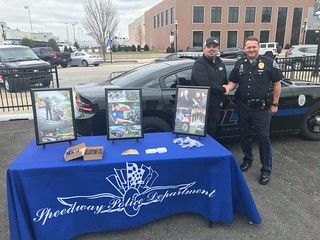 Thank you to Pastor Holly Hardsaw (and SPD Chaplain), Margie Ellison and the congregation of Speedway United Methodist Church for treating Speedway Officers to breakfast! The love and support is appreciated! 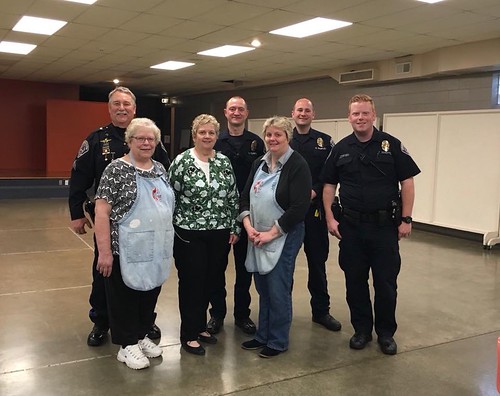 With sadness, we have learned that retired Speedway PD K9 Butkus has passed away this weekend. Butkus was Sergeant Mike Hart’s partner when Sergeant Hart was a K9 handler for the department. Our condolences to the Hart family 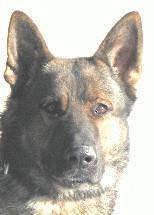 Speedway PD is pleased to have three new supervisors graduating from the IMPD Leadership Academy. Congratulations to Sergeant Pat Hammel, Sergeant Kyle Hodges, Sergeant Jacob McAtee and all of the other agencies participating. 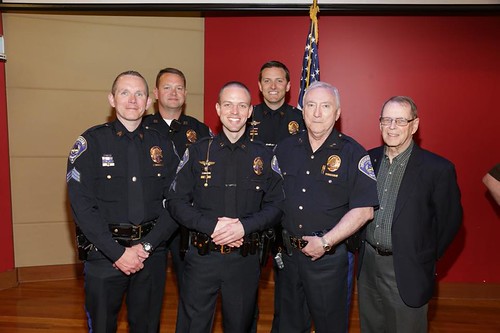 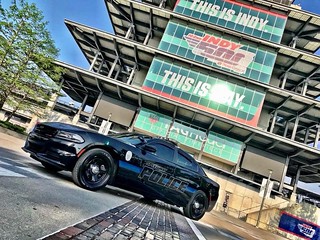 Kenneth Hull was sworn in as @SpeedwayPD’s newest Police Commissioner. Thank you Mr. Hull for your commitment to the department. 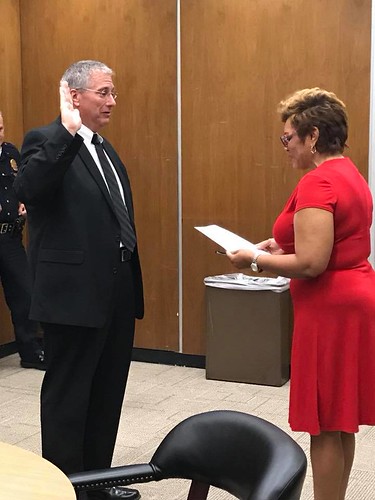 Speedway PD and Speedway Fire were at Wheeler Elementary for relay recess in support of Relay For Life. 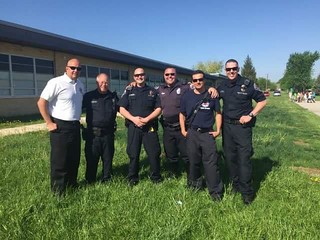 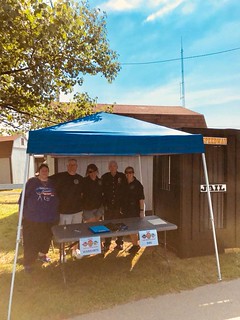 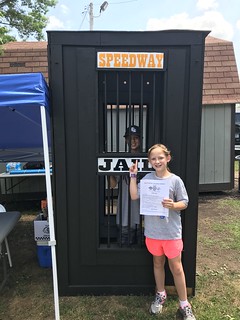 Congratulations to Officer Scott Highland for completing 5 years @SpeedwayPD. Officer Highland’s son presents him with his 5 year pin from the department and Chief Campbell. 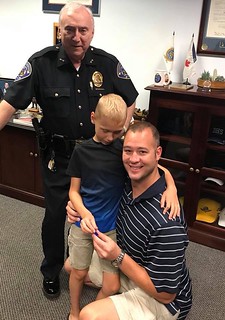 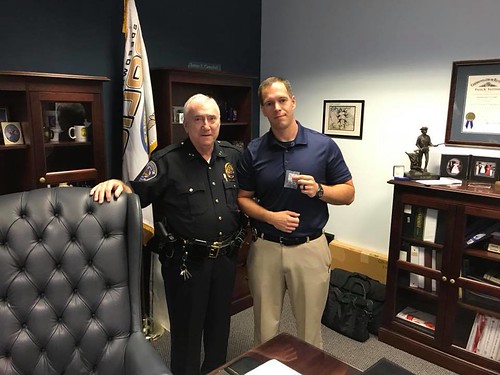 Some of Speedway PD’s finest hanging out at the OSCNA Block Party this evening at Barbecue and Bourbon on Main. 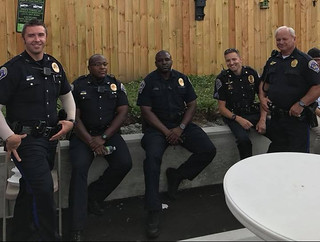 Officer Jereme Howery was awarded for his stellar performance in the Inaugural Taco Eating contest that was held Daredevil Brewing Co. during the Racemaker Productions Taco Run Indy on May 15th. 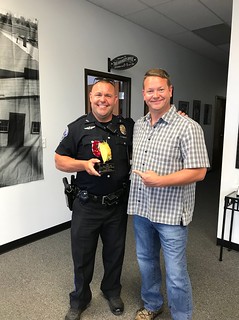 Officer Brad Weaver and Officer Mike Clupper helped rescue two baby ducks from a storm drain in front of the Donatos today. They were reunited with Mom and her other ducklings. Great job guys!! #ProtectandServe #ducklings 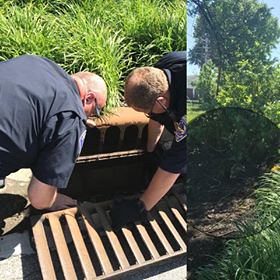 We would like to send well wishes to our K9 Tom. Last week was his last official day of work for the Speedway Police Department. Tom, alongside his handler Officer Mat Turpin, has served the Town of Speedway well. Thanks for all of your hard work and dedication Tom and congratulations on retirement.

Police across the state step up enforcement for aggressive driving

Get to Know Your Officers: Sgt. Kyle Hodges (Part 3)

Welcome back to the final part of our talk with with Speedway PD Sgt. Kyle Hodges. We hoped you enjoyed getting to know him!

Stay tuned for more “Get to Know Your Officers” videos!

Get to Know Your Officers: Sgt. Kyle Hodges (Part 2)

In Part 2 of our “Get to Know Your Officer” video, we’ll talk to Speedway PD Sgt. Kyle Hodges about what he enjoys about working in Speedway, his favorite place to dine in town, and more!

Get to Know Your Officers – Sgt. Kyle Hodges (Part 1)

This week, we’re getting to know another member of the Speedway Police Department. In this episode, Sgt. Kyle Hodges tells us about his career with Speedway PD, his daily duties – and one of the funniest moments he’s encountered while patrolling, you won’t want to miss!

Welcome back to our “Getting to Know Your Officers” video series. Let’s catch up with Sgt. Jacob McAtee! In Part 3, Sgt. McAtee shares his motto in life, and his favorite places to dine in Speedway!

Here is the conclusion of our interview with Sgt. McAtee. We hope you enjoyed getting to know him!

Stay tuned for more “Get to Know Your Officers” videos next week!

Get to Know Your Officers: Speedway Sgt. Jacob McAtee (Part 1)

We hope you enjoyed getting to know Officer Karl Brown with our first video. In case you missed it, you can watch our interview with Officer Brown at our YouTube channel here (or the link on the right side of our page).

In our next “Get to Know Your Officers” video, we’re talking to Speedway PD Sgt. Jacob McAtee. In this first installment, Sgt. McAtee introduces himself, shares a bit about his recent promotion to Sergeant, and what he enjoys about patrolling!

On Friday, we’ll continue our talk with Sgt. McAtee, so stay tuned!